The 80s includes the acquisition of Heuer by the TAG group, but that is for the second part of this story. However, it did also include something of a renaissance of gold as a case material before then too.

First, in 82/3 we see the arrival of a series of watches called “Golden Hours” to specifically draw attention to that material.

A number of them were triple calendars, drawing on that long heritage Heuer had of making these (ok, the moonphase watch isn’t strictly speaking a triple calendar (day, date, day of the month) at all but it’s still pretty cool, right?): 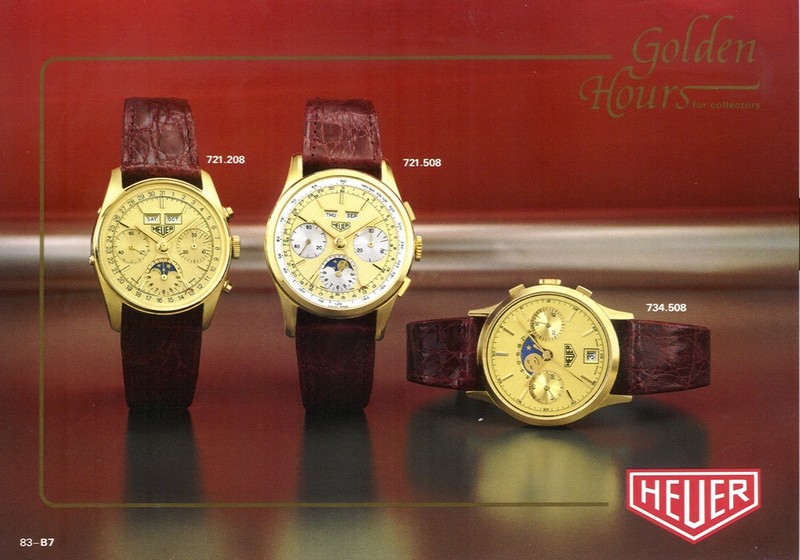 Further touches referencing the past include the bar pushers, rather than buttons, on the watch in the centre and the moonphase watch.

The next page of the catalogue: 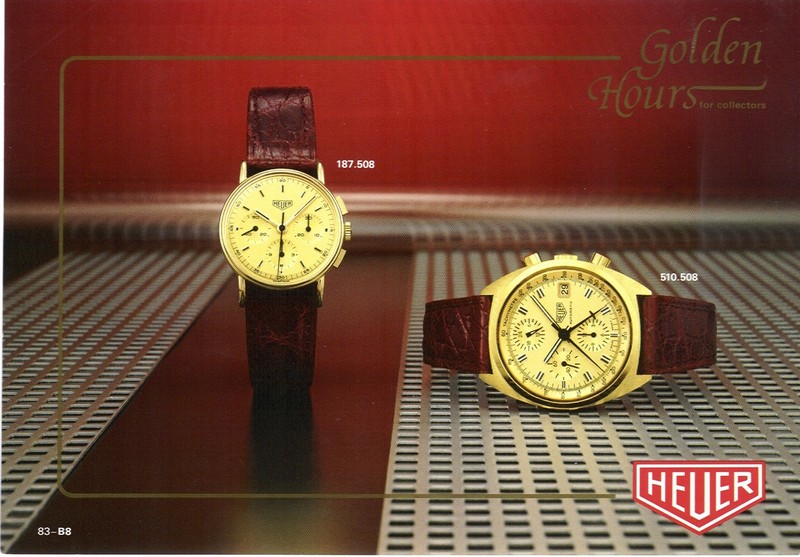 features another favourite of mine, the catchily named 510.508… This features the 1158 case repurposed to house the crown on the right for its Lemania 5100 movement rather than the distinctive left-hand side of the earlier Chronomatic watch. The Lemania 5100 has a collecting community of its own and it is extremely rare to see it in a gold case. I’ve said it before and I’ll say it again though, this watch could be improved upon for me by the simple expedient of adding the “Carrera” name to the dial to make a “must have” watch rather than simply a very attractive one.

Also from around this time, and pretty unlikely candidates for the solid gold treatment are a number of dive watches in both men’s and women’s versions. When one such surfaced for sale recently, it caused a fair amount of discussion in the Heuer collecting community, eventually turning up in catalogues from 1984 and 1985.

There is quite a lot of gold in there, given the case and bracelet are both made of the material. A price list attached to the 1985 catalogue gives the prices of the “Golden Hours” watches including these divers as “on request”, so we have to assume that weight of gold was fully reflected in the cost! If you have to ask, you can’t afford it, as they say.

Lastly, before we come to the TAG-Heuer era precious metal watches next time out, was a series of watches (coming full circle and including pocket watches) in 1985 celebrating Heuer’s 125th anniversary. 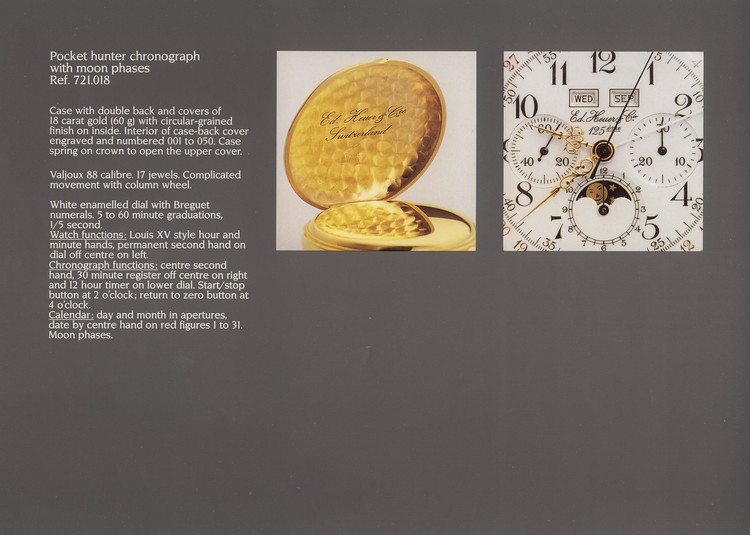 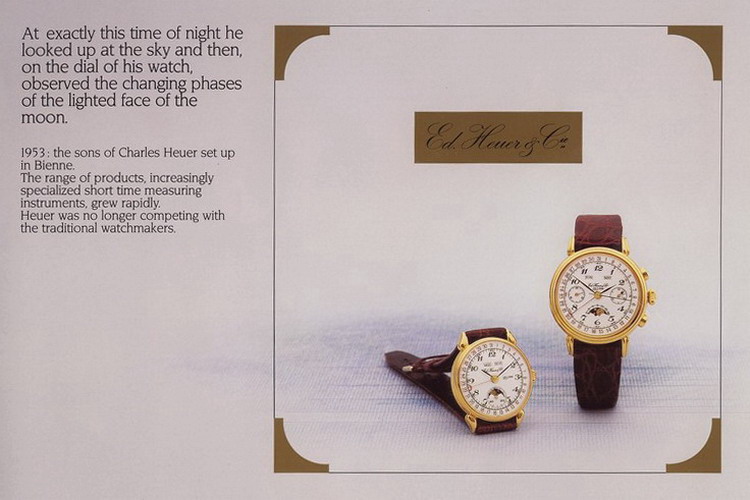 Note the “Ed. Heuer & Cie” text on the dial, reflecting the origins of the company as first incorporated by Edouard Heuer.

So we’ve seen a history of precious metals and Heuers, starting off with silver, moving into coloured golds before settling on yellow gold as the precious metal of choice. We’ve seen times when there have been gold versions of many watches in the range, to periods when solid gold watches were only available to special order thanks to the rise of gold-plated watches and to a couple of special series of watches released only in gold. Next time out, we’ll look at how precious metal Heuers have developed under the auspices of TAG-Heuer, right up to the present day.